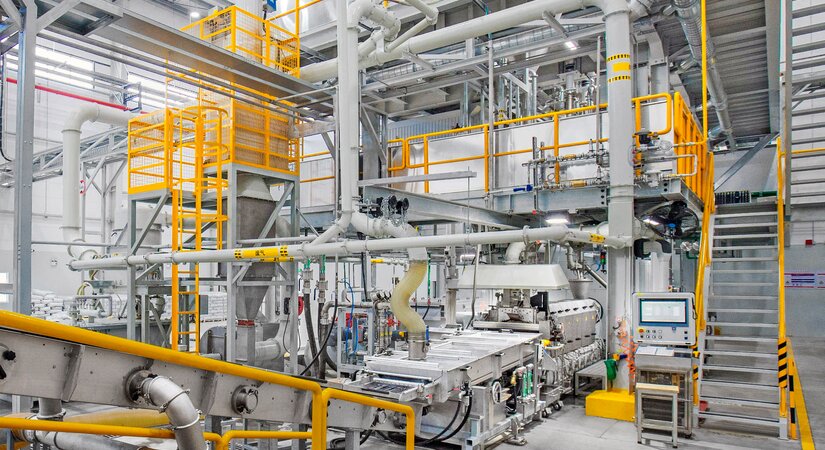 (Hannover, March 23, 2022) Against the background of the booming e-mobility industry in China, the demand for high-tech compounds used in light-weight applications grows continuously. Reason enough for the chemical group Lanxess to substantially increase its compounding capacities in the People’s Republic. Lanxess opted for Hannover-based KraussMaffei Extrusion as the machine supplier for the Changzhou site and benefits from excellent German engineering services combined with efficient on-site support provided by KraussMaffei China in Jiaxing.

“We have designed, installed and already commissioned a high-performance turnkey compounding line for Lanxess’ Chinese production site in Changzhou,” explains Dieter Brunner, Key Account Manager at KraussMaffei Extrusion GmbH. He proudly adds that “we have also been awarded the contract for the second line, which is scheduled for delivery in the course of 2022 and will increase the compounding capacity by another 30,000 metric tons per year.” Lanxess’ goal was to significantly expand production output of the two high-tech Durethan and Pocan plastics in China. With the installation of the second KraussMaffei line, the chemical group will achieve a total annual production capacity of 110,000 metric tons of compounds based on PA 6, PA 66 and PBT at its two sites in Changzhou and Wuxi.

“In the case of the compounding line already in production at Lanxess in China, we were responsible for the complete engineering – starting from the steel structure and all upstream and downstream components right through to the conveying systems to the finished product silos,” says Dieter Brunner, who is not only very satisfied with the efficient cooperation with Lanxess but also with the excellent support provided by his Chinese colleagues. “This project is an impressive example of the fruitful cooperation between KraussMaffei Extrusion in Hannover and our Chinese colleagues, especially against the background of fast local response times, cultural differences and language barriers.” The first compounding line delivered by KraussMaffei is equipped with a ZE 110 UT twin-screw extruderIn the case of the second line, again a package solution, Lanxess opted for a ZE 98 twin-screw extruder from the BluePower series. The decision in favor of the ZE BluePower extruder was made after having carried out compounding tests with specific Lanxess material formulations at KraussMaffei’s R & D center in Hannover. Dieter Brunner and his team are extremely pleased that ”the extraordinary compounding results as well as the unparalleled extruder performance combined with low energy consumption convinced Lanxess to choose the ZE Blue Power solution“.

Ideally prepared for the production of different compounds

On the lines supplied by KraussMaffei Extrusion, Lanxess produces PBT and PA compounds with a glass fiber weight percentage ranging between 5 and 60 %. These compounds are mainly used in the booming Chinese
e-mobility industry. An optimized set of screws is available for each of the two matrix materials – polyester and polyamide – which only needs to be exchanged in the event of a production changeover thus minimizing set-up times. Just like the first production line, the second line will also be provided with an optimized wear protection as well as with versatile metering stations, side feeders and degassing units, so that a wide variety of formulations can be processed without any problems. 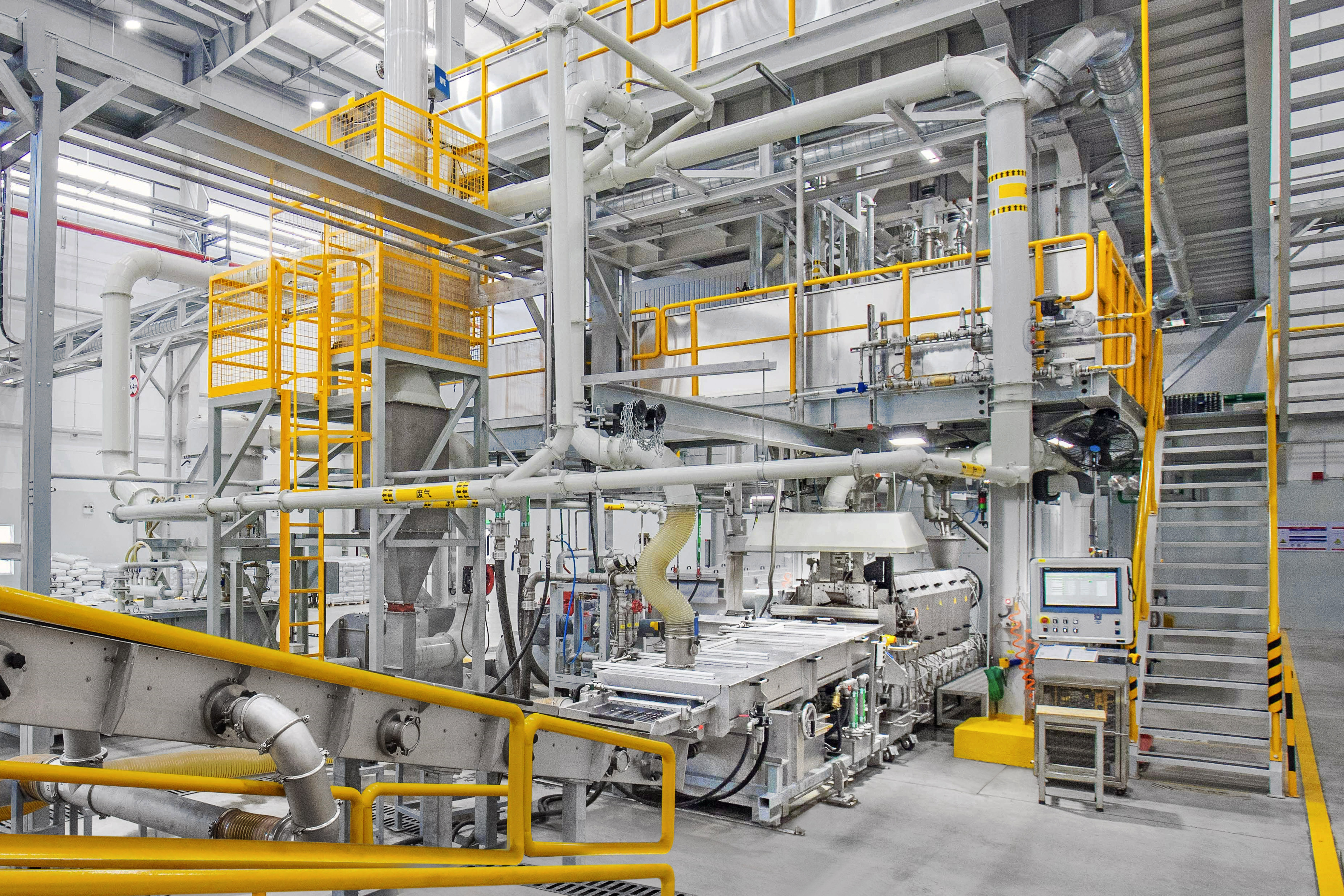 Lanxess produces PBT and PA compounds with glass fiber weight fractions between 5 and 60 percent on the compounding lines in Changzhou, China 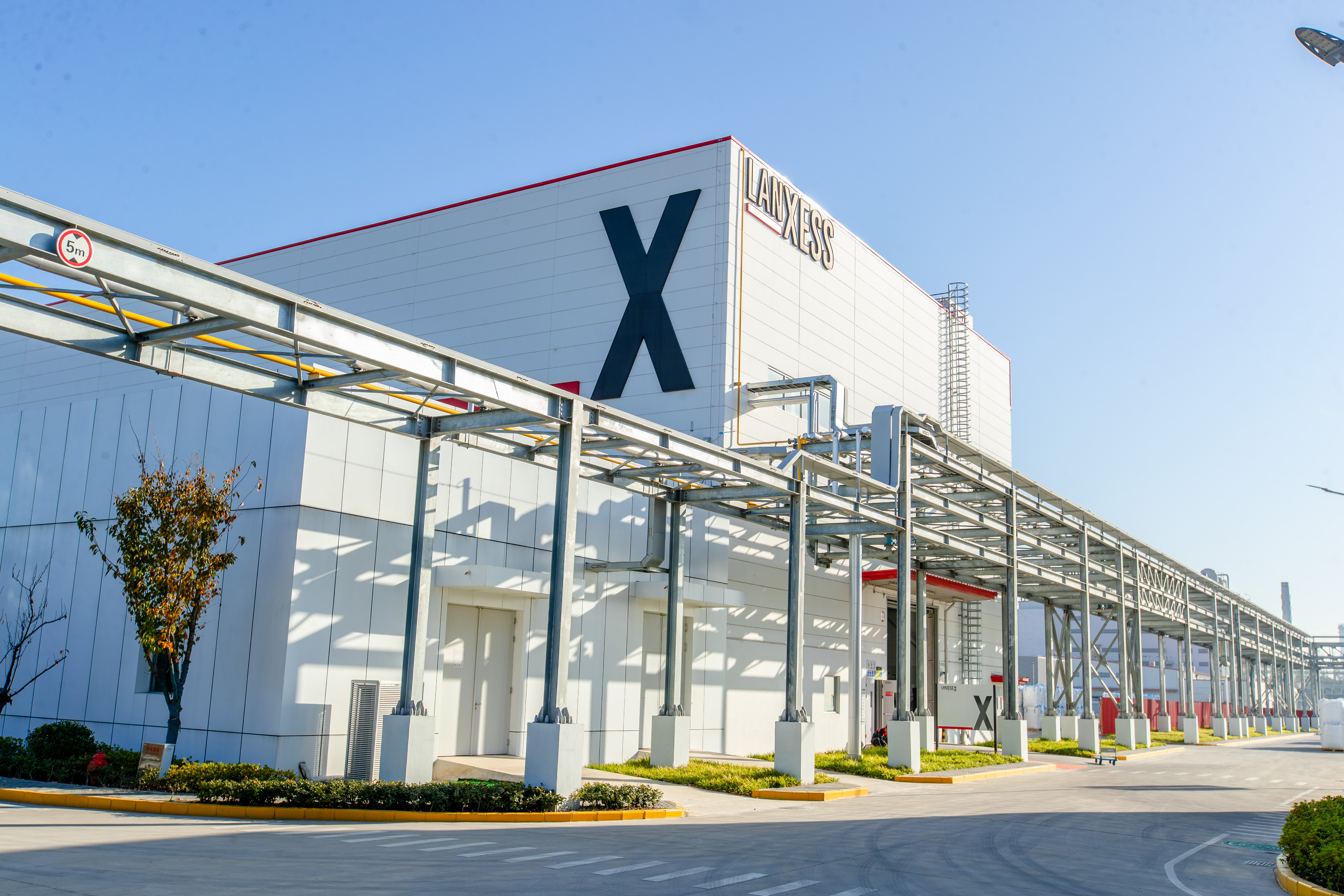 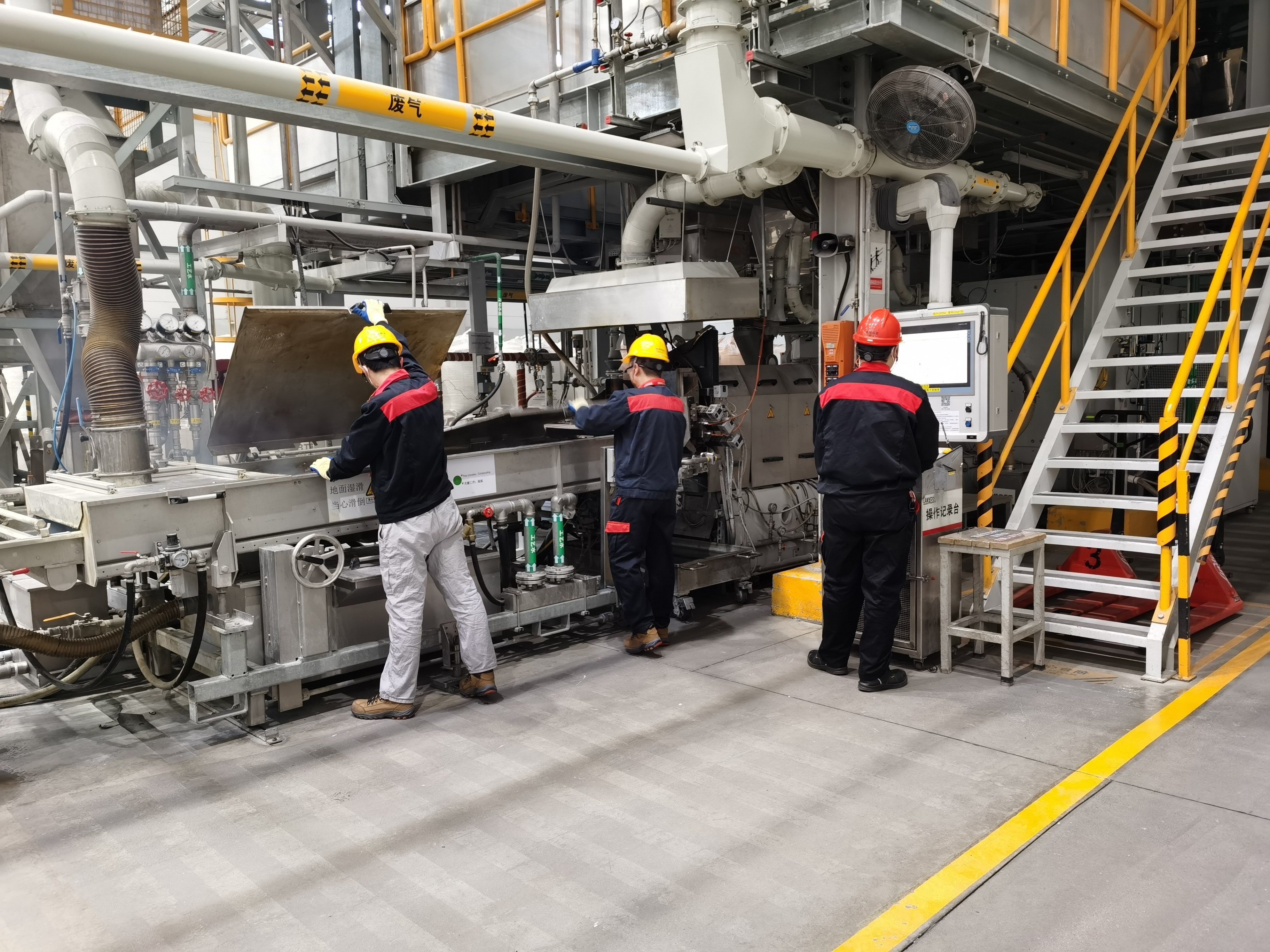 Lanxess is responding to the increasing demand for PA 6, PA 66 and PBT from the Chinese e-mobility industry with the capacity expansion 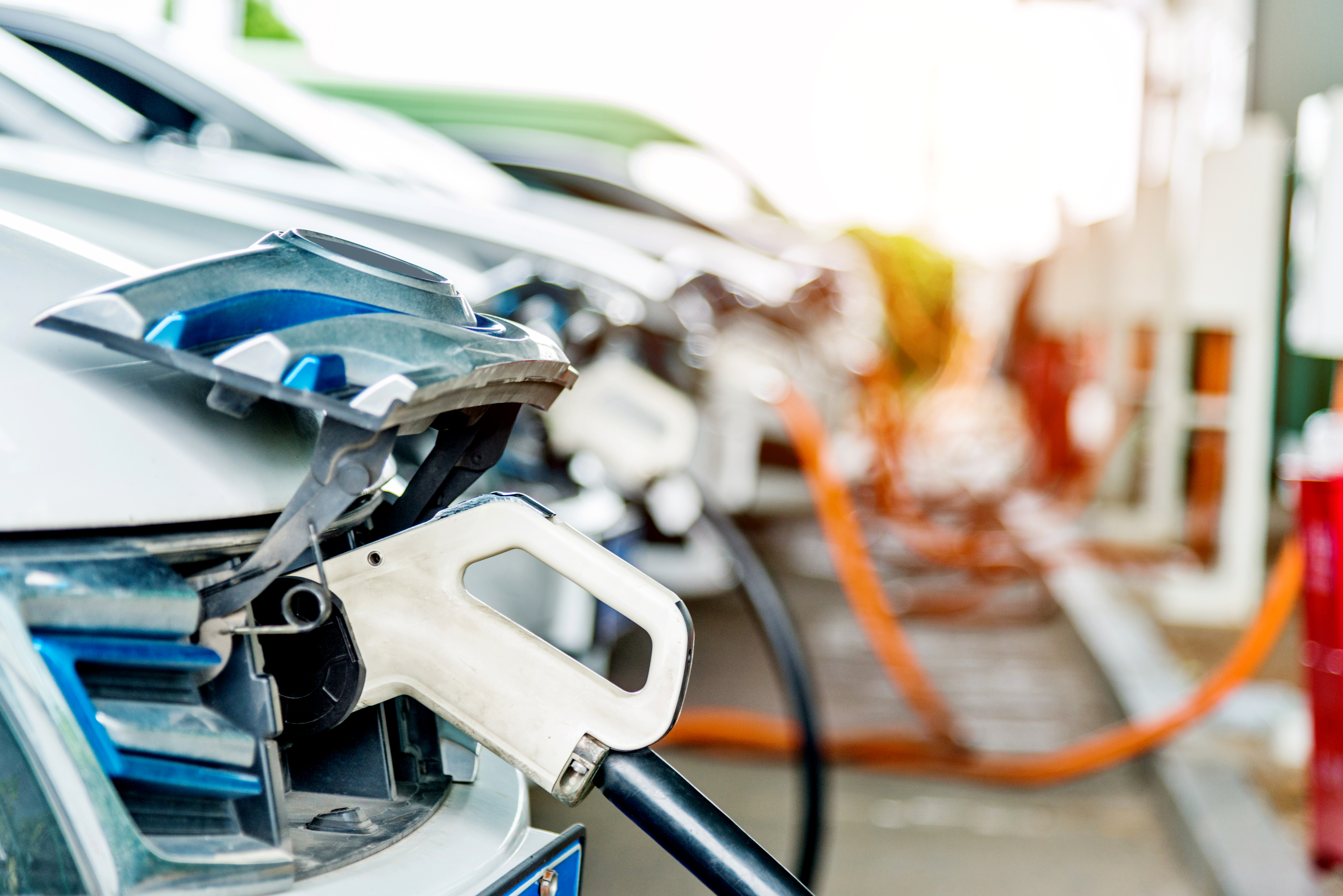 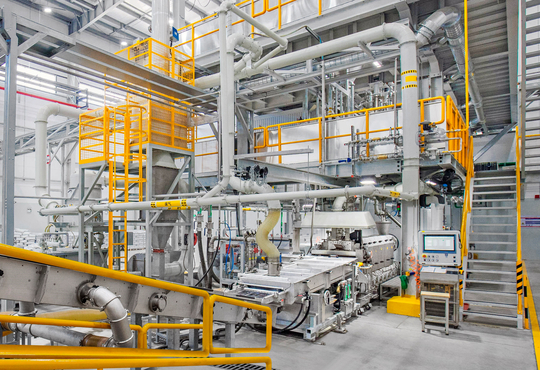 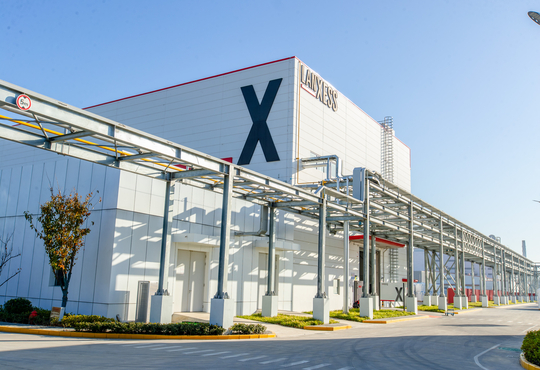 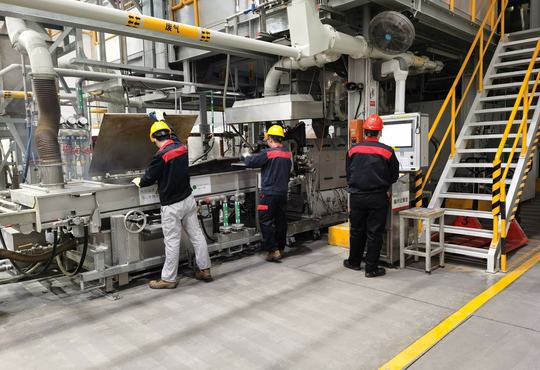 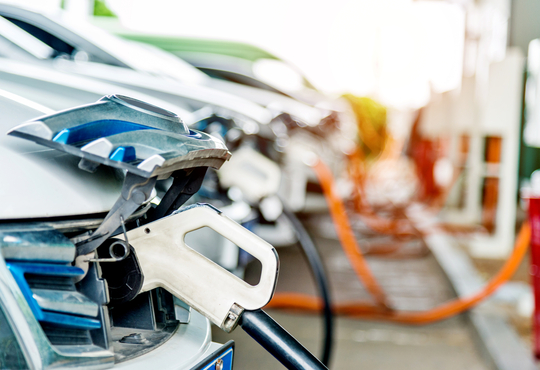 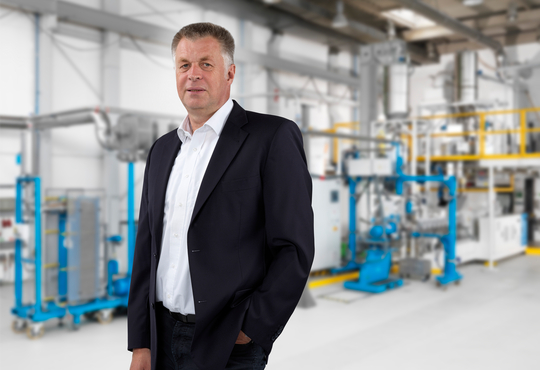 Mail to Mathias Künstner
back